Best known for the world famous yearly hosting of the Film festival, the main convention center “Palais de Festivals in Cannes” starts its key event calendar with the world’s biggest international real estate show. The Old Port of Cannes is right next to the Palais where the trade show is happening, which makes yacht chartering a perfect alternative to capitalise from this event.

The Monte-Carlo Rolex Masters, which celebrated its 100th anniversary in 2006, is the first of three ATP World Tour Masters 1000 tournaments played on clay at the Monte-Carlo Country Club. The tournament is a player and fan favourite due to its magnificent location and long tradition of champions.

Barcelona Bridal Fashion Week covers every facet of the bridal fashion world and is an international benchmark event attended by some 18,000 trade professionals every year. Combine the excitement of planning your big day with a super yacht charter, OneOcean Port Vell is the perfect base to explore the show. 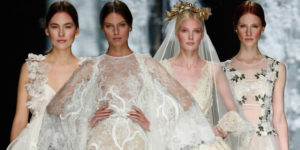 Perfectly timed before the summer season on the 1st May public holiday so that international visitors can enjoy a long weekend in sunny Palma, Mallorca as well as see a stunning selection of yachts. It takes place at the same time as the Boat Show Palma in the heart of the city. Start your charter in Barcelona and sail over to the Balearics or embark your yacht directly in Mallorca.

Located just outside the vibrant city of Barcelona, Circuit de Barcelona-Catalunya is a real gem of the Formula 1 and Moto GP calendar. Hosting the first European Grand Prix of the season, the track lies in a picturesque setting and the numerous elevation changes offer panoramic views of the circuit

Once a year, in May, all eyes are on Cannes. The red carpet is rolled out to capture unforgettable moments when international film stars come together. The port of this small town on the French Riviera gets busy and super yachts are the perfect accommodation option throughout these 10 days of celebrations.

Enjoy the Monaco Grand Prix, the most prestigious and well known event in the Formula 1 calendar, from the sundeck of your charter yacht. Anchor next to world-famous music and film stars and attend the numerous high society events, including fashion shows and fundraising events. 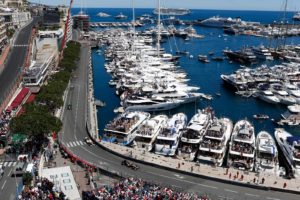 The Loro Piana Superyacht Regatta will once again be hosted by the exclusive Yacht Club Costa Smeralda, located in the enchanting village of Porto Cervo on the northern coast of Sardinia. These beautiful yachts make an impressive spectacle as they race through the turquoise waters.

Since its debut year in 1996, Les Voiles d’Antibes has been the first major European event of the classic yachting season for many sailing enthusiasts. Every year Port Vauban – Europe’s largest marina – and the coastal waters between the bay of Antibes and Juan-les-Pins, host a fleet of legendary boats to compete in the five day regatta.

Primavera Sound is one of Europe’s biggest indie and alternative music festivals but it’s not just about the big names festival-goers should expect. The festival strives to provide a platform to smaller, more underground names, making it one of the world’s biggest influencers when it comes to the indie and alternative music scene. Experience the buzz of the festival from your own private yacht, docked right next to the festival site.